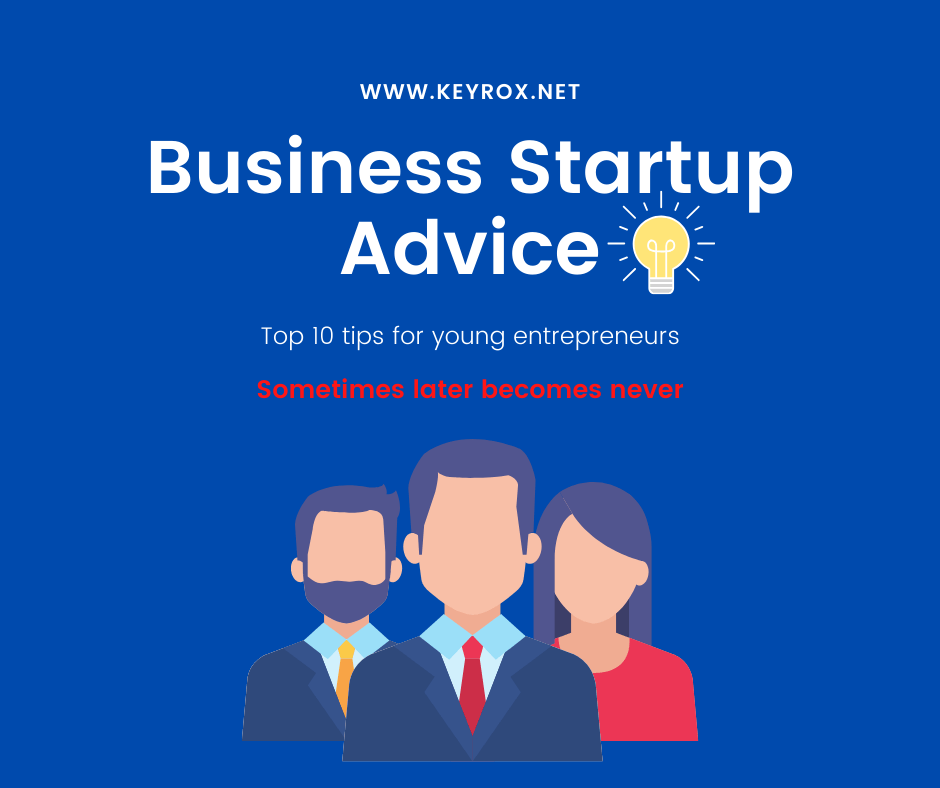 Whether they are billionaires today or not, recognized internationally or at least in their countries, they all started from the bottom with just an idea in mind. In today’s post we are going to see the best business startup advice from the most successful businessmen.

What are the top 10 tips for young entrepreneurs? So without any further ado, here is a small dose of inspiration for the day, to be consumed without moderation!

The greatest entrepreneurs share one thing in commun: ” Passion”.

The true soldier fights not because he hates what is in front of him, but because he loves what is behind him. By: G.K. Chesterton

For Jeff Bezos ( CEO of Amazon), you have to do something that you have a lot of passion for even if it is not in the current trend.

Steve Jobs adds that it is so difficult to be successful when you undertake that “if you have no passion and you are sane you will stop”. Likewise, Biz Stone (CEO of Twitter) says that “failure is almost guaranteed” if there is no “emotional engagement” in your approach.

While money, is it really a sufficient engine to succeed? Well, Michael Dell believes that “people who are looking for ideas to make money are not as successful as those who are doing what they like.”

2- Find a solution to a problem

I have said it over and over, but I can’t say it enough:

“Nobody wants a solution to a problem that doesn’t exist”. Keyrox CEO

For Paul Graham (Y Combinator), if the majority of startups fail, it is because entrepreneurs have created something that people did not want to buy.

Aaron Vidas (Strategybox CEO) also advises you to “be the solution to a problem, not a solution in search of a problem to be solved”.

3- Having an idea is good, executing it is essential

Anyone can have an idea. But there is a gap between idea and action, which is sometimes difficult to cross in the entrepreneurial adventure.

Walt Disney (himself) said that “the way to get started is to stop talking and start acting.” Likewise, Jack Dorsey (Twitter CEO) confirms that “the hard part is getting started.”

For Sarah Azan and Hannah Oiknine (Babbler), “it is not enough to have a good idea and a little bit of money”, because the success of a project depends on its execution.

“Your winning advantage is not an idea that you keep with you, but the ability to check if this idea is working, to find the right team, to get started” (Reid Hoffman, Linkedin)

4- Surround yourself with the best team

Palmer Luckey (Oculus Rift) warns the founders: “You don’t have to know how to do everything, and even if you can, you shouldn’t do it”.

While Reid Hoffmann (Linkedin) adds: “If you play solo, you will always lose to a team”. However, did you know that a bad team is one of the main causes behind the failure of a startup? Renaud Visage (Eventbrite) advises entrepreneurs to “pay particular attention to the first recruitments”.

Beth Hurley (Covanta Energy) said that you should also “find experts in the areas where you are not the strongest and not feel threatened by them”. Even more concretely, Naval Ravikant (Angelist) says that “you have to find a partner who has these three characteristics: lots of energy, very intelligent, and above all very honest.”

5- Take care of your company culture

Incredible things are rarely accomplished by only one individual. As a rule, they are cultivated by a gathering of individuals, that is to say; “a team”, and when everybody is focused on the general objective, teams move quicker, are increasingly inventive and more successful. In other words, a teamwork is crucial for any entrepreneur attempting to complete a project successfully.

Once you’ve got the dream team together, how do you make them work together? For Florian Douetteau (Dataiku), we must “recruit above all people who know how to speak to each other”.

“Teamwork is the ability to work together toward a common vision. The ability to direct individual accomplishments toward organizational objectives. It is the fuel that allows common people to attain uncommon results. ” by: Andrew Carnegie

“Hey you!” you state, “do you want to hear a beautiful story about how I vanquished the world.”

A company successful story doesn’t need to be so bravery. But a good business story has the same impact: You attract attention. You stand out. You brace up your audience, and pull them closer to you. Eventually, they will get inspired.

Simon Sinek said that “very few organizations really know what their reason for existence is, their cause, their positive belief”. It is essential to define the values to which the company adheres, not only for the internal cohesion of the team but also vis-à-vis. Seth Godin (Tribes) said he was not interested in the numbers rather than the message that the companies are sending. “What’s the story you’re telling?” . So take care of your storytelling: even before your product or service, your customers or investors will pay attention to your story.

Worried that your idea might be stolen from you? As I said before, everyone has ideas but few people really put them into action. So, according to Benoît Feron (Modizy CEO), “an idea is worth nothing”, so talk about it and don’t be afraid to do it. Hélène Quaniaux (MeetmyJob CEO ) recommends not to hesitate to seek advice from those around you. Everyone is more or less expert in a field, and as far as it is from yours, each opinion can bring you a new light.

“Great leaders ask the opinion of everyone they meet” -Keyrox CEO.

Then, as Elon Musk (Tesla CEO) puts it, “continually seek criticism because a criticism of what you do is worth gold.”

“Most people have been brainwashed into believing that their job is to copyedit the world, not to design it.”
– Seth Godin

8- But only constructive criticism!

As we all know, constructive criticism is the process of offering valid and well-reasoned opinions about the work of others. Mark Svenson said, “Know when to listen to others and when to listen only to yourself.” Learn to distinguish constructive criticism that will make you progress and those that, simply negative, only discourage you unnecessarily. Dennis Crowley (Foursquare) warns: “Don’t be distracted by people who don’t like your idea. There are always people who will not like it or who think it will never work. ” For Mark Twain, only mediocre people will always try to belittle your ambitions while “the big ones make you feel that you, too, can grow up.”

Even if it begins to spread in Europe, the “culture of failure” is largely more integrated in the United States. I will tell you: it does not matter to fail, it is even highly recommended …! Mark Zuckerberg said it himself: “Often people ask me what mistakes to avoid, I generally answer not even trying to avoid making mistakes because you’re going to make tons of them anyway. ” So take failure as the opportunity to develop your resilience. For Céline Lazorthes (Leetchi), pugnacity is the main quality of an entrepreneur, you must “never take no for an answer”. Alexandra Malsch (Melty) warns of upcoming “desert crossings” and the obligation to “keep believing”. Try, fail; repair and try again. As Eric Ries (The Lean Startup) says: “It is not enough to test your idea at the beginning, you have to check it throughout the process”.

10- Don’t raise too much money at first

Another of the most common mistakes of entrepreneurs is wanting to raise a lot of money right away. For Renaud Visage (Eventbrite), it is better not to raise too much money from the start because “the valuation is difficult to justify later”. Jean-David Chamboredon (Isai) advises him to be realistic and credible in the eyes of investors: “It is easier to say that we want to raise 300,000 euros and finally get 500,000 because investors prove to be motivated rather than doing less than what was originally announced ”.

Leave a CommentYour email address will not be published Cancel reply 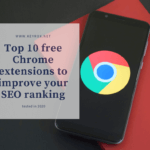 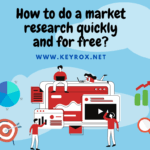 How to do a market research quickly and for free? 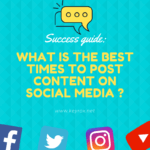 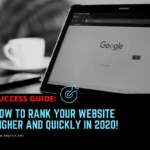 Success Guide: How to rank your website higher and quickly in 2020!

EURL KEYROX is a leading Algerian Company in Information and Technology. Our mission is to offers comprehensive, end-to-end IT solutions and services, as well as, to bring inspiration and innovation to every business in the world.